WHAT HAPPENS WHEN YOU KNOW YOU’RE NOT THE BEST SEX YOUR PARTNER’S EVER HAD? | Mel Magazine interview

WHAT HAPPENS WHEN YOU KNOW YOU’RE NOT THE BEST SEX YOUR PARTNER’S EVER HAD?

Should you give up? Try harder? Take a bath in liquid Viagra? It all depends if you can stomach knowing you’re second-best.

Six months after escaping a toxic and tempestuous three-year relationship, 28-year-old Clara’s life had finally started to settle down. She’d left her emotionally abusive ex, secured a prestigious job and moved into a […]

Yes, Even A Toyboy Can Be Called An “Ex” | NYLON Magazine interview

You broke up with your toyboy. Can you call him an ex? According to Susan Winter, a relationship expert based in New York City, the answer is yes. “Even though you may not have been ‘official’ with each other, you both participated in a romantic connection.

If there were eight words I never expected my sister to say to me, these were them. Not because she said them necessarily, but because she called my ex what he was: an ex.

Destroying the myth of the ‘Golden Pussy’ | Babe feature interview

There’s always that one insufferable girl who somehow is with an incredible partner and you have no fucking idea how. The explanation is always the same, though: she must have a golden pussy.

But get ready to clutch your pearls because I’m about to hit you with some truth: the golden pussy doesn’t exist.

According to relationship expert Susan Winter, the golden pussy is a myth and nothing more. Her Babe interview explains that no one woman has a more magical vagina than […]

Is the best way to get over someone actually getting under someone else? | Babe feature interview

Can rebound sex heal a broken heart? Babe asked relationship expert Susan Winter if the old adage that the best way to get over someone is to get under someone else? Is it actually true? Or are we just sticking a dick bandage over the hole in our heart? 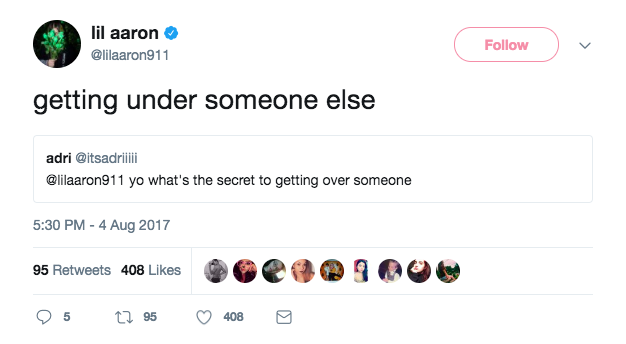 For the one who was dumped, “rebound sex is […]

Want to make the most out of the remaining days of summer sex? Playboy magazine turns to the ironically named Susan Winter for advice on how to take advantage of summer’s boosted sexuality.

We’ve just entered August, which means fall isn’t too far off, but our bodies don’t know that. As temperatures continue to rise, so do people’s sex drives. It seems people are showing more skin (they are because it’s warm out), hooking up more often and experiencing the sort of impassioned summer […]